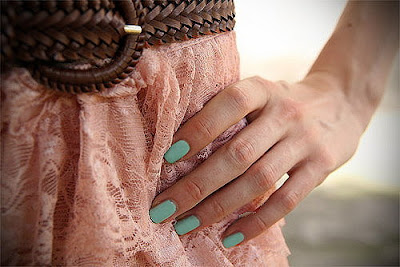 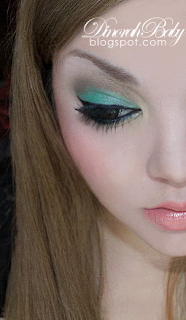 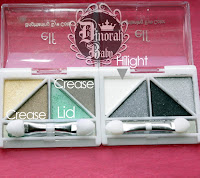 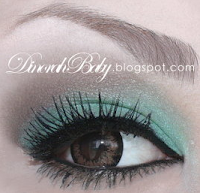 ELF Quad in Nymph Dreams & Drama • ES A500 EyeLashes
I used the aqua color on the lid & the two browns on the crease. I used the white in Drama for the highlight. I just noticed I misspelled "highlight" in the picture. =/ Now I'm wondering if I've misspelled it in previous pictures. Haha well anyways!! I'm also wearing the short criss cross lashes in ES A500 from KKCenterhk. I used the second lashes down.. shown here. 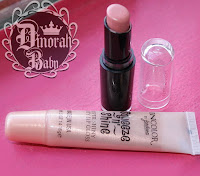 WnW Mega Matte Lipstick in Just Peachy (903C) • Jordana Incolor Gloss in Peach Sand • (Cheeks) WnW Blush in Pearlescent Pink
This is my second WnW matte lipstick & I love this one too. It's a very light coral. I also used Pearlescent Pink as my blush. It's a peachy pink & it's so pretty & shimmery.
NOTD: A Touch Of Mint 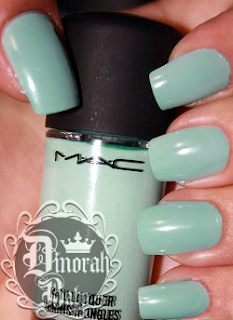